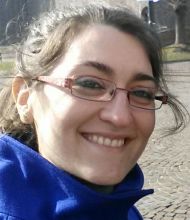 <p>Silvia Terzago focused her research on the study of climate and earth-system processes and their representation in the current generation global and regional models. Specific experience was gained on the global model EC-Earth, run at the ISAC-CNR. She is involved in the modeling of physical processes occurring at the earth-surface, including precipitation and snowpack dynamics. The mismatch between the large (global and regional) scales at which the climate model information is available and the local scales at which the information is desired led her to study downscaling methods. Beyond the study of dynamical downscaling techniques, she also contributed to develop a stochastic downscaling tool for precipitation data, RainFARM, which has been released and is freely available on GitHub. She is interested in exploring climate variability and change over long time scales, both from in-situ, satellite and simulation datasets, with the aim of relating past and projected changes to possible impacts relevant to the society. Main applications of her works are in the hydrological, energy, agriculture and tourism sectors. More recently, she expanded her field of research to ecosystems and their vulnerability to climate change. In the frame of the H2020 ECOPOTENTIAL project she studies the criticalities and possible strategies of adaptation to climate change in several protected areas in Europe (including Gran Paradiso National Park, Camargue, Donana, Peneda Geres, Wadden sea).</p>