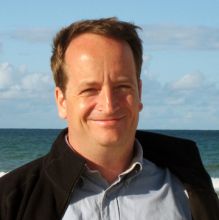 Jost von Hardenberg is an associate researcher at ISAC-CNR and full professor at Politecnico di Torino. His research activities are focused on modeling climate and the fundamental processes which regulate the system earth, particularly geophysical flows, biosphere-climate interactions, the hydrological cycle and the development and application of stochastic precipitation downscaling methods. Current work includes numerical simulations with the EC-Earth global climate model, with applications to the study of climate impacts in the Arctic, the Mediterranean and the Himalayan regions and the study of precipitation extremes. A complementary line of research is on dynamical climate downscaling, with the current implementation of a set of long very high resolution numerical experiments with the non-hydrostatic atmospheric model WRF. Other research interests pursued in the past years, which have led to several publications, are the development of mathematical models for soil-vegetation-atmosphere interactions in drylands, stochastic precipitation downscaling and the study of the dynamics and transport processes in turbulent and convective flows also using high-resolution parallel numerical codes. Dr. von Hardenberg has a year-long experience in the use of HPC machines, at Cineca, CASPUR, LRZ and ECMWF, in the development of parallel MPI fluid-dynamics simulation codes and in the management and analysis of large numerical climate datasets and has been PI of several supercomputing projects, including two PRACE projects. Italian representative in the steering group of the European EC-Earth consortium and coordinating the CMIP6 and tuning working group of the EC-Earth consortium. Scientific coordinator of the "Alpine Summer School" (http://www.to.isac.cnr.it/aosta) (2008-2016). Convener of several sessions at the annual meeting of European Geosciences Society (EGU) and coordinator of the theme "Timeseries and Patterns" of the division "Nonlinear Processes in Geophysics" from 2004 to 2012. PI for ISAC-CNR in the H2020 project CRESCENDO and in the C3S Copernicus project MAGIC. He is currently collaborating actively with different international colleagues, with frequent reciprocal study visits. In particular, in addition to the current collaboration with the EC-Earth consortium, he has been collaborating for years with groups at Ben-Gurion University, Israel and at Universite Paris VI, France. Main topics: (i) Main: Climate processes and dynamics; geophysical fluids dynamics; (ii) Collateral: Vegetation-climate interactions in arid areas; the hydrological cycle and precipitation downscaling. Author of more than 95 publications in international peer-reviewed journals and books, with more than 2700 citations (Scopus). Current (early 2020) h-index  26/29 (WoS/Scopus)