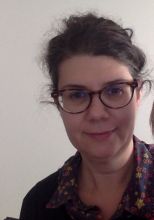 Phone
0516399749
Role
PRIMO RICERCATORE
Mail
a.cherchi@isac.cnr.it
sede
ISAC - Bologna
macroarea
Climate And Meteorology, modelling and Earth Observations
CV-feb2022_web.pdf161.02 KB
Orcid-id
https://orcid.org/0000-0002-0178-9264
Research Activity
My main expertise is on tropical climate variability in the Indo-Pacific region, dominated by the Asian summer monsoon. I contributed to monsoon studies covering a wide range of aspects, like the relationship with the Indian Ocean, the impact of increased horizontal resolution, the role of increased atmospheric carbon dioxide concentration, including monsoon predictability. I contributed to the C20C (Climate of the 20th century) CLIVAR framework for the study of the connection between the Asian summer monsoon and ENSO. Recently I explored the relationship between the South Asian monsoon and the summer mean climateover the Mediterranean region in CMIP5 simulations. Other areas of my expertise cover the study of the climate system and the processes associated with climatic states different from the present, as well as aspects of climate variability and extremes in South East South America. From February 2018 to August 2021 I have contributed as Lead Author to the IPCC AR6 WG1 Report (Chapter 8, “Water cycle changes”; Annex IV on Modes of Variability and Annex V on Monsoons; Techincal Summary and SPM). I have also expertise in computational global climate modelling and while at CMCC I coordinated the activities to generate the next generation of CMCC earth system model to contribute to forthcoming CMIP efforts.