BOLAM is a limited-area hydrostatic model based on the primitive equations with parameterization of convection and other sub-grid physics (radiation, diffusion, cloud, soil). Daily runs, on a grid of 0.075 degrees (8.3 km) on the area shown in the image, are on display on the forecast page of ISAC, where more information can be found.

BOLAM in successive versions has been in use for more than 20 years, at first by itself and lately to provide initialization for MOLOCH. It has contributed to the scientific activity of many international projects in meteorology and model intercomparison. The national and international meteorological community has adopted BOLAM for operational forecast and research studies (ARPAL, ARPAS, ISPRA, MIPAAF, NOA)

MOLOCH is a non-hydrostatic limited-area model that integrates the fully compressible dynamical equations with parameterized diffusion, radiation, soil physics and cloud microphysics. As a convection-permitting model, it is designed to operate at resolutions coarser than the "grey area" of sub-km grid size.

The model is now used by other, public and private, subjects for research and application purposes (ISPRA, Boeing). Output of the MOLOCH model, in this and other configurations, is provided to external users for further elaboration and applications (ADBVE, Edison, project Kassandra)

In cooperation with DICAT, ISMAR and ARPAL, MOLOCH was used to provide high resolution wind forecast for the Italian Olympic Sailing Team at Weymouth (2012). 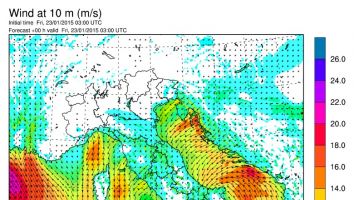 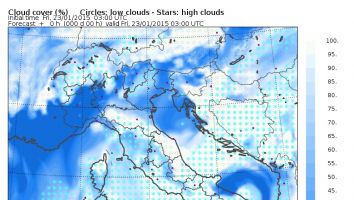 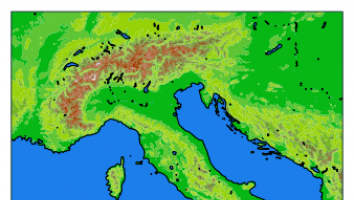 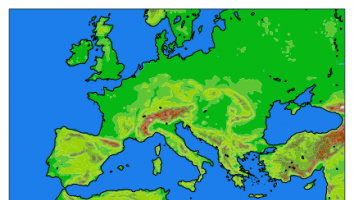