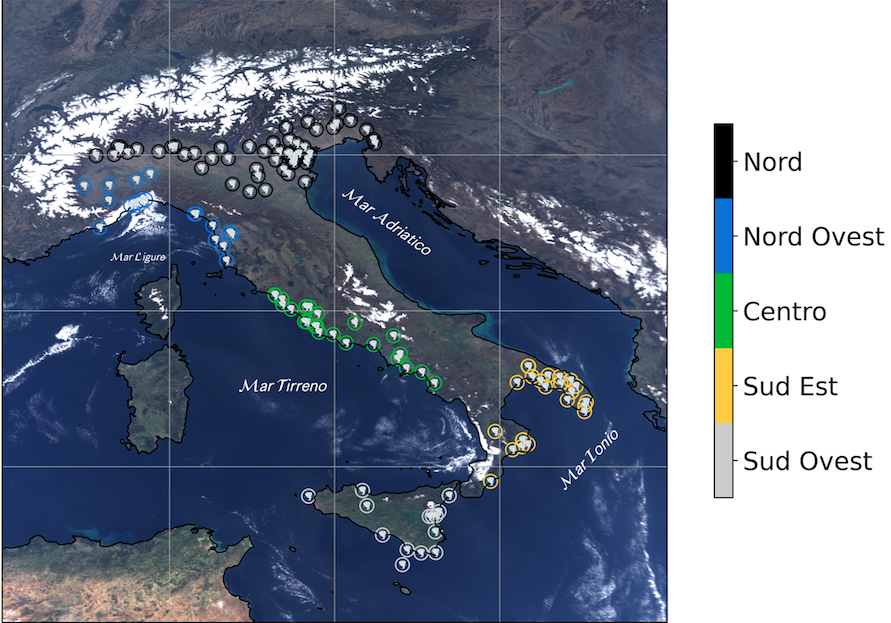 A recent study by CNR-ISAC and a researcher from UQAM (Montreal) was published on Atmospheric Research. The research group analyzed 20 years of data, studying the conditions that have facilitated the formation of the most intense tornadoes that have affected our Country. There are different conditions for the cases in Northern and Southern Italy; sea ​​temperature seems to play an important role in Puglia, Calabria and the northern Adriatic events.

Although tornadoes are not that rare in our area, few scientific studies have analyzed their characteristics. In an article just published in Atmospheric Research, the CNR-ISAC in collaboration with Roberto Ingrosso of UQAM in Montreal have identified some typical configurations, on a synoptic scale and mesoscale, associated with the occurrence of tornadoes developed in some Italian areas.

"We have analyzed the environmental conditions associated with the development of tornadoes in Italy over the last 20 years. By isolating the most relevant cases, and grouping them into regional clusters, we have been able to identify some atmospheric configurations that favor the formation of these events", says Leonardo Bagaglini (CNR-ISAC), first author of the article. “In particular, the genesis of tornadoes is generally associated with strong anomalies in some meteorological parameters, which differ among the various macro-regions we analyzed, with higher values ​​in the events of Southern Italy”.

Southern Italy tornadoes generally develop in autumn and summer and originate from waterspouts that move on land. They are triggered by the rapid transit of a very hot and humid mass of air of African origin (which favors conditions of marked potential instability), characterized by a strong rotation of the wind with altitude (wind shear), a necessary element for the development of the most intense events. Tornadoes in Northern Italy are found mostly in late spring and summer; in these cases, the instability is mainly triggered by the arrival of cooler air coming from the North above the hot and humid air that persists in the lower layers during the summer season.

"The sea temperature seems to play an important role for tornadoes in Apulia and Calabria and in the northern Adriatic Sea, especially for the most intense. Our study has shown that, for the tornadoes originating as waterspouts, the sea on which they are spawned is generally warmer than the climatological average: this anomaly is greater for the vortices affecting the Ionian and Venetian coasts ", concludes Mario Marcello Miglietta (CNR-ISAC).