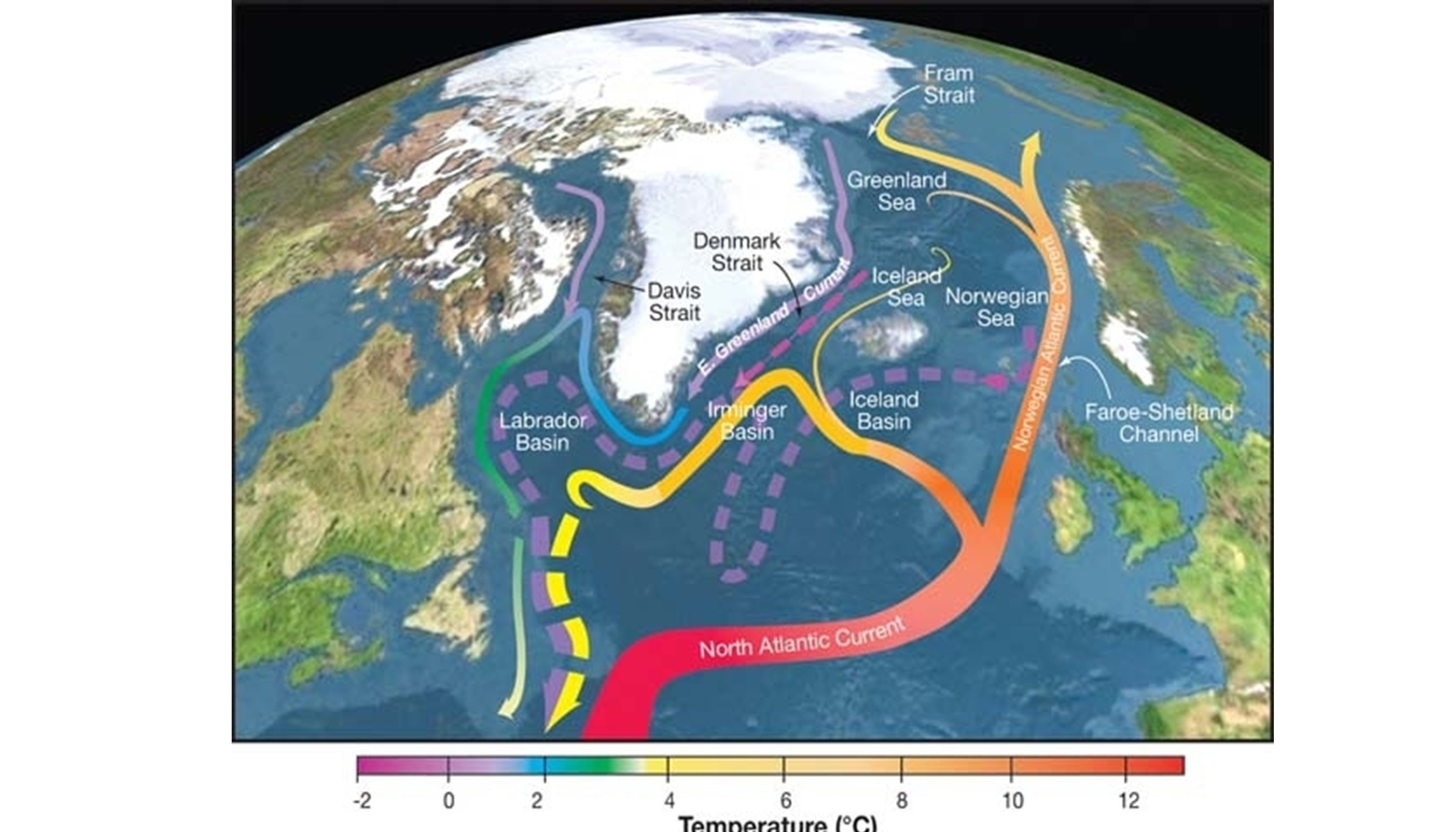 This article has been selected by the editors of Nature Communications among the best 50 papers recently published in the field of climate change impacts.

The science behind climate change is no longer only an intellectual pursuit, but it has become a societal challenge of great interest to the general public and policy makers, given the large socioeconomic impacts of climate change on everyday life.

A study led by CNR-ISAC and the Politecnico di Torino – Department of Environment, Land and Infrastructure Engineering (DIATI) titled “Future climate change shaped by inter-model differences in Atlantic Meridional Overturning Circulation response” shows that the uncertainty in the prediction of climate change over Europe strongly depends on the response of the North Atlantic ocean currents to the increase in anthropogenic greenhouse gases.

The team analyzed 30 state-of-the-art climate models participating in the upcoming Intergovernamental Panel on Climate Change (IPCC) report. These models, through numerical parameterizations of the earth system, reproduce the current climate of the earth and its variability, and are also used to predict future climate changes and inform policy makers.

The researchers found that among the 30 climate models there is a large range in the projected decline rate of the North Atlantic currents, with a spread ranging from a relatively small 18% decrease compared to the pre-industrial climate, to a drastic 74% decrease. They found that the projected climate change over Europe strongly depends on the North Atlantic currents decline rate across the models.

Current climate models predict a range in future climate change scenarios depending on the specific parameterizations in each of these models. However, it is not clear which of these parameterizations are responsible for the uncertainties. This team of researchers found that a large part of these uncertainties in predicting future climate change over Europe can be traced back to the response of the North Atlantic ocean.

“This means that if we are able to predict the response of the North Atlantic currents to greenhouse gases, then we can drastically reduce the uncertainty in the projections of future climate change over Europe. With the continued observational campaigns over the North Atlantic we are now better able to understand how the ocean works, so an improved representation of the currents in upcoming generations of climate models seems like an achievable and promising task.” – adds Katinka.

The co-authors of this study also include Susanna Corti of CNR-ISAC, Michela Angeloni of Alma Mater Studiorum – University of Bologna, Department of Physics and Astronomy and CNR-ISAC, and Jost von Hardenberg of the Politecnico di Torino, Department of Environment, Land and Infrastructure Engineering (DIATI) and CNR-ISAC. This investigation was supported by grants from the European Commission in the framework of the collaborative Horizon 2020 projects TiPES and CRESCENDO to CNR-ISAC, and it has just been published on Nature Communications.
A podcast interview with Katinka Bellomo is also available here.