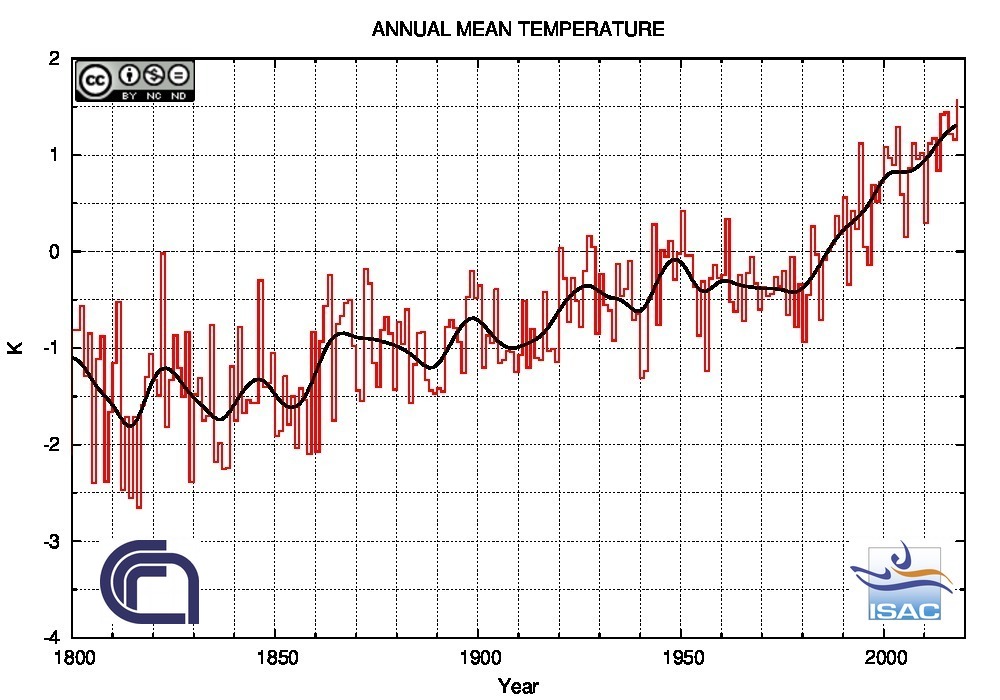 News release on CNR site about work by ISAC researchers

2018 was the warmest year on record for Italy since 1800. With an anomaly of + 1.58°C above the reference average (1971-2000) it surpassed the previous record held since 2015 (+1.44°C above the average).
Apart from the months of February (with a negative anomaly) and March (on average compared to the reference thirty-year period), the other ten months of 2018 recorded positive anomalies and nine of them more than 1°C above the average.
Exceptional were the months of January (the second hottest January on record, with an anomaly of +2.37°C) and April (the hottest ever, with an anomaly of +3.50°C compared to the average).
The anomaly of 2018, if examined individually, does not allow us to draw conclusions about the trends in progress; however, if seen in the context of the last 220 years of climatic history of Italy, it is another confirmation of the fact that we are in the presence of an important climate change for our country. Significant is the fact that 25 years among the 30 warmest years from 1800 to today occurred after 1990.