It is an active sensor that transmits short electromagnetic pulses into the atmosphere in the microwave wavelength range to detect the presence of atmospheric precipitation and characterize its intensity, dynamic properties as well as classify its type (snow, rain, etc.). The Polar55C was developed in the 1980s by Italian industry for researches in the field of radar dual polarization methods for the estimation of precipitation that were emerging at that time. At CIRAS the Polar 55C radar has been present since 2001 after a transfer from Montagnana (Florence) where the radar operated from 1991 to 2000 for the needs of the ARNO project, in order to demonstrate the effectiveness of a multi-sensor system for the prediction of Arno floods. In 2002 an update was carried out equipping the Polar55C with a new digital receiver, a new signal processor and a graphical workstation user interface. In 2012 was completed an update of the antenna movement that allows to reliably perform vertical sections of the precipitating clouds, a feature often not used in operational radar.

Applications: The instrument has research purposes in order to improve the understanding of the mechanisms of development of severe precipitation phenomena, improve weather forecasting through the assimilation of radar data, provide a ground reference on spatial scales of the order of 100x100 km for validation of satellite precipitation products. 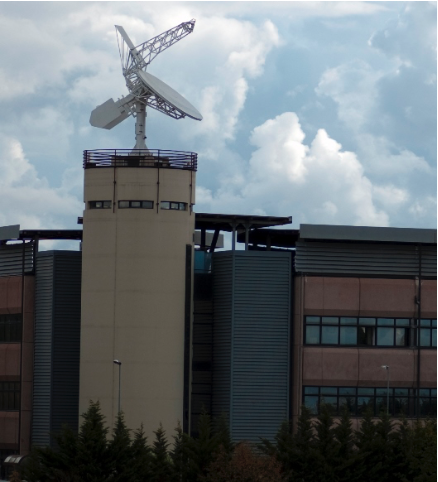